What the taxi driver taught me is called “Neuroplasticity”

Jayan, the taxi driver was very affirmative. “Subbu”, he repeated, “I am not joking. You can adopt this discipline easily. Do it for a few days, may be even just five days. It becomes a habit. Later, you will feel very uneasy in not following it”. He didn’t realize that he was talking against the conventional wisdom which says that the behavior patterns set in childhood are difficult to break. Inadvertently he was teaching me the brain-science-fact called “neuro-plasticity”. 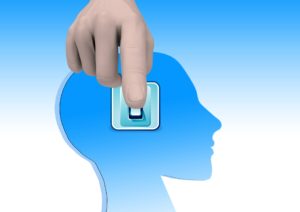 Won’t it be fun to just switch off an old habit and turn on a new one ? Well, not practically impossible it is !

What he was referring to, unwittingly, was a concept I encountered many days later during a Buddhism workshop conducted by Mitravan, a Holistic awareness centre in Secunderabad. The Buddhist instructor, as part of covering topics like daily meditation, talked about how human brain can develop new good habits over the old bad ones irrespective of age. She told, neuroplasticity, as the idea is called, is relatively a new discovery in the field of medicine.

As a concept, neuroplasticity gained attention in the later half of twentieth century. It says that many facets of the brain can be changed even in adulthood.

Basically our brain cells and the connections between them (behavior patterns) are plastic by nature and can be altered. Such rewiring of brain, nowadays, is very scientifically used in the fields of medicine and education. Many social institutes, like those for de-addiction or prisoner rehabilitation, are effectively using neuro-plastic techniques to achieve their desired outcomes.

Isn’t that exciting and relieving ?

I find this brain trait to be very exciting as it assures that new habits can be formed with a little perseverance. We have, still, hope left.

Habits are nothing but neuro pathways which attain prominence as we do it often. Slowly “often” becomes “very often” as brain starts preferring those pathways. However, those pathways need not be lifelong. With a little conscious effort, new paths can be built, which when traveled recurrently in the initial days, gains strength. And if the new pathway has contrary elements to those of the old route, then the new habit prevails upon the old one.

Take smoking for example. Whenever you get the urge to smoke, retort to, may be, having a tea. You repeat that, consciously, for a few days. (Yes, I understand, it needs some self-motivation.) But if we do that for a few days,  tea may replace the cigarette. Wanna give it a try ?

I find this idea to be very relieving. We need not curse ourselves to have acquired some bad habits in our childhood. We can always change, for good, with a little work. Isn’t that nice ?

P.S.: You can read more about neuroplasticity in this wiki. This is a nice video explaining the idea succinctly. And here are two TED videos on the same topic – video1 and video2. Happy learning !